Between the last Ongoing & Occasional mailout and this first one of 2022, the world has once again changed, tipping on its axis into a yet more calamitous orbit. Here, as I write, down south close to the English Channel, spring has arrived: the sun is out, daffodils and bluebells are blossoming.

Except of course war has returned from the near faraway to the near here. COP26 already feels so last year as Government administrations of varying hues and brands frenetically recalculate their net zero glide paths to 2050. Note, though, that wars and conflict have been calculated to comprise 6% of carbon emissions, with none of this accounted for in the UNEP 2050 targets. Anyone who knows of a life cycle analysis of a cruise missile, please get in touch.

It’s early days as to how this moment of history plays out, but if this is a resource war, amidst the seeping stain of Butlergate, it is also a Globalisation war. Interdependence has never been clearer. This Ongoing & Occasional casts its lens on inspiring people and projects, interesting things and interesting ideas, that lean towards another global worldview. In their way these are One World-leaning projects, though markers to a rather different One World to the one Globalisation has ushered in.

Pioneering the Potential – The Xylo Sessions

Joining Fourth Door friends Charley Brentnall and Sally Daniels will be the West Sussex carpentry and timber co-building collaborators, Built by Artizan’s Dylan Walker and Paddy Cox. Built by Artizans will be bringing a touch of the traditional timber framing perspective to the timber frame renaissance evening, helping to round off the first Xylo Sessions evening.

For further information about the first in three Pioneering the Potential wood evenings, see here. For booking a place, see Eventbrite here.

Annular – Fourth Door’s wood and timber culture site has recently been expanded to encompass a broader spectrum, including Annular Arts, Annular Books, and Annular Forest, amongst its new sections. And further to follow.

Another kind of extinction rebellion – One of the – arguably less likely – contributors to last November’s Glasgow COP26 jamboree was a project extolling world leaders, delegates and the great general public to consider language death as part of the greater diversity disappearance.  The Living Language Land project highlights how language death – when the last native speakers of a language disappear – is accelerating, using a simple conceit. 26 words from 26 languages under threat of extinction, including Ladakhi from Ladakh, India, Doric from Northeast Scotland and Inno from the Inno people of Labrador and Canadian maritime east, are pronounced in clips on the site.

Language extinction is one of those vast yet almost invisible cultural glaciers melting away. In the early 2000’s there were 7000 known, native spoken languages. 90% are expected to be gone within thirty years. There are places and programmes attempting to hold the line – for instance the Living Tongues Institute or the Recovering Language and Literacies of the Americas project – yet these can feel like small pebbles in the face of a steamroller. While keeping coal in the ground might have made the headlines, the poetic Living Language Land project was a timely reminder of yet another form of human diversity on the brink.

Green sky thinking – For the budding anthropologists amongst you, playing with another language is at the heart of the Green Sky, Blue Grass. Colour Coding Worlds. A reminder of how our connection to colour at the individual level and colour’s meaning shifts between cultures, the title coming from a Japanese haiku which characterised sky and earth in these hues.

Dock at the radio station – Speaking of which, Eno has not only launched his own radio station, the Lighthouse, but has also recently been tuning folks into Radio Garden at every turn. And for good reason. Radio Garden is fab and a reason in itself for the Internet. You can pick up radio stations from all around the planet, from Mumbai to Mombasa, Quito to Quebec and Rio to Rome.

Here not there – Meanwhile in this neck of the third stone from the sun, Waterweek 2022 (Streaming) returns after two years absence and is happening around Pevensey, Hailsham and neighbouring ponds, streams and rivulets. Running the second week of April (9-15) the Waterweek project was conceived in 2014 by artists Clare Whistler and Charlotte Still. The pair draw in a rich tapestry of artists, ecologists, musicians alongside the interested general public to celebrate, and also practically repair and clear the local waterways. A feature in the next – long awaited yet genuinely soon-to-arrive Fourth Door Review – has been prepared by Whistler. 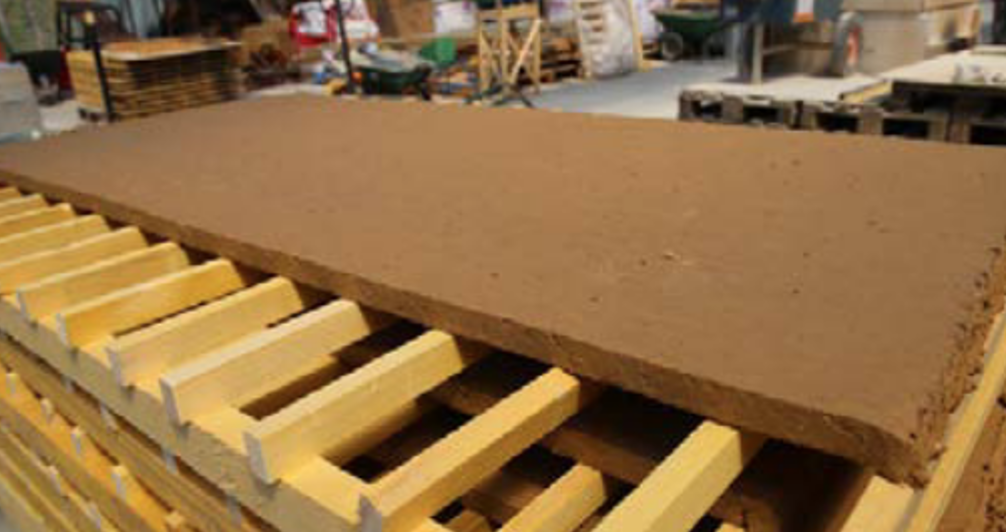 Earth moves  - In downtown Sevran, a district on the eastern edge of Paris, France’s first ‘earth materials production facility’ (the long way round to describing an almost-factory) Cycle-Terre opened its doors in late November 2021. The culmination of a major research programme, materials rolling out of Sevran’s production facilities include compressed earth bricks, (up to 600,000 a year) as well as mortar and earth wall panels. The earth comes from the immediate neighbourhood, and the aspiration is for Sevran to be the first in a network of hyper-local earth almost-factories spanning the country. There are a few others, including Martin Rauch’s earth block almost-factory, Erden, in his home village of Schlins. Vorarlberg is up and running (Rauch’s operation is explored in-depth in this Unstructured extra), as are a few others across Europe. But there are only a handful…so far. And absolutely none in Britain. A visit in February is being written up and will feature in Fourth Door’s Unstructured web-mag soon.

Our friends in the North I

Architectural roads lead to Røros – Every two years the small Norwegian town is host to a lovely, intimate gathering, the Røros Seminar brings together Trondheim’s architectural tribes with influential if less architecturally inclined international players. Over the years Røros’s organisers have persuaded a singularly impressive roll call of international architects (including Glenn Murcutt, Peter Zumthor, Anapuma Kundoo, Simon Valez and Kengo Kuma) to make the journey north, as recounted in organiser Hans Skotte’s Unstructured extra’s overview. With Røros one of the coldest places in Norway, and much food and drink on hand, many an inner Viking is drawn into a more expansive mood. This year they’ve pushed the date back to April 29-May 1st, so the rising sun will be up over Røros’ skyline a few minutes earlier, and possibly a mite warmer too.

Our friends in the North II

Driftwood Chronicles – Entirely fascinating research emerging from Gothenburg University’s Regional Climate Group reconstructing the Holocene era through driftwood collection and analysis from across the Arctic sub-polar region. Prof Hans Linderholm and his team have been collecting washed up driftwood from Greenland (and previously Iceland and Svarlbard) which originally made its way from the great pan-Arctic forests of Northern Eurasia and America, floating out of northern rivers into the Arctic seas. The driftwood helps unlock insights into the Paleo-Arctic climate system and its effect on northern hemisphere climate change over millennia as detailed in published research. Read on and you’ll never look at shoreline driftwood in quite the same way. 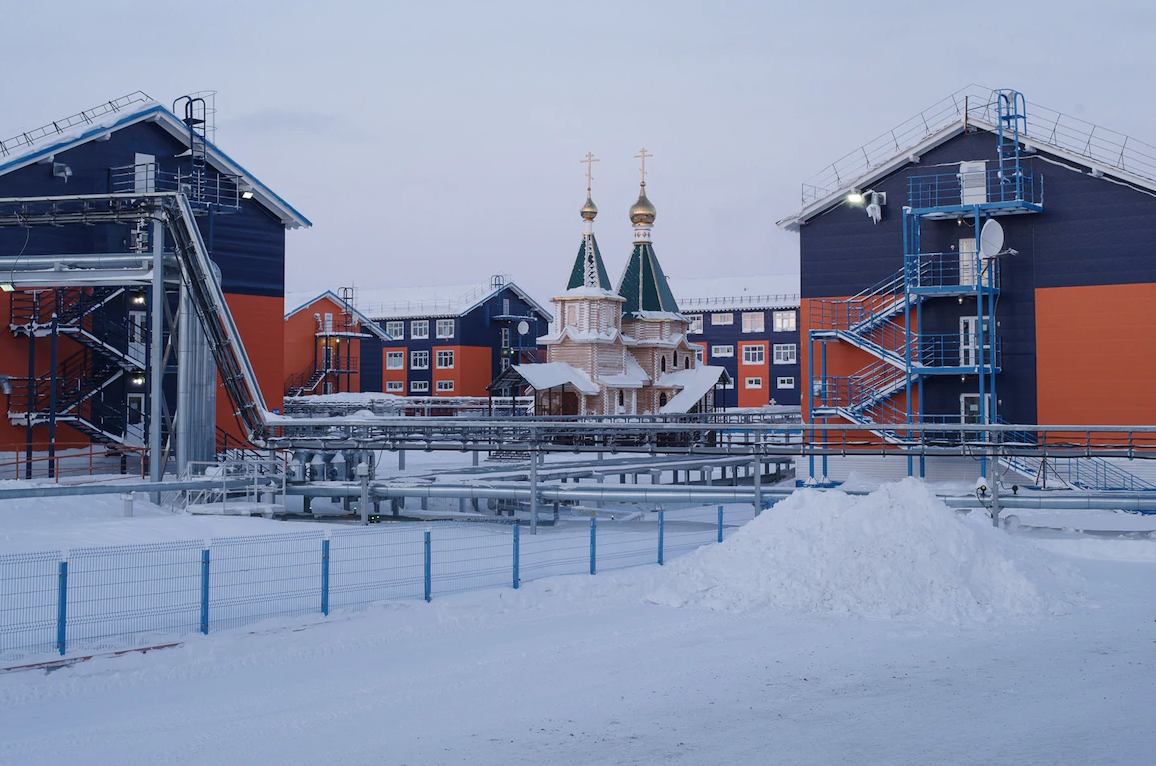 No longer friends in the North – That the fallout from the Russian invasion of Ukraine intensifies the complex politics of the sub-Arctic polar region was underscored by an inadvertently timely conference in the High North which took place just as the invasion began. With Russia currently chairing the Arctic Council, all parties at the Kirkenes Conference (Norwegians, Russians and Finns) appeared to maintain the line that the long-cultivated dialogue between neighbours needed to be continued, not least due to the vulnerability of the region to nuclear exchange – a third of Russia’s nuclear arsenal are sited across its Northern Oblasts.

New rounds of military exercises across the polar Arctic are underway, while cross-border cultural and environmental efforts have hit the wall. There are economic reasons as well: the warming of the Arctic sea’s oil, combined with the coming of the Northern trade route and new oil, liquid natural gas and other fossil fuels, have brought massive investment by Moscow, including in 2016 the opening of Yamal LNG, one of Russia’s largest LNG production facilities sitting on river Ob’s Yamal peninsula, along with 15 icebreaker super-tankers, a new rail line, and a completely new town to house up to 30,000 workers.

It’s too early to say how this part of the Arctic black gold rush will play out ijn terms of the Arctic’s carbon and climate politics, even if keeping oil in the ground isn’t exactly Russia’s style. As of March 5th, France’s Total, unlike Shell and BP, with a 25% stake in the venture remain part of Yamal’s consortium. At least for now. 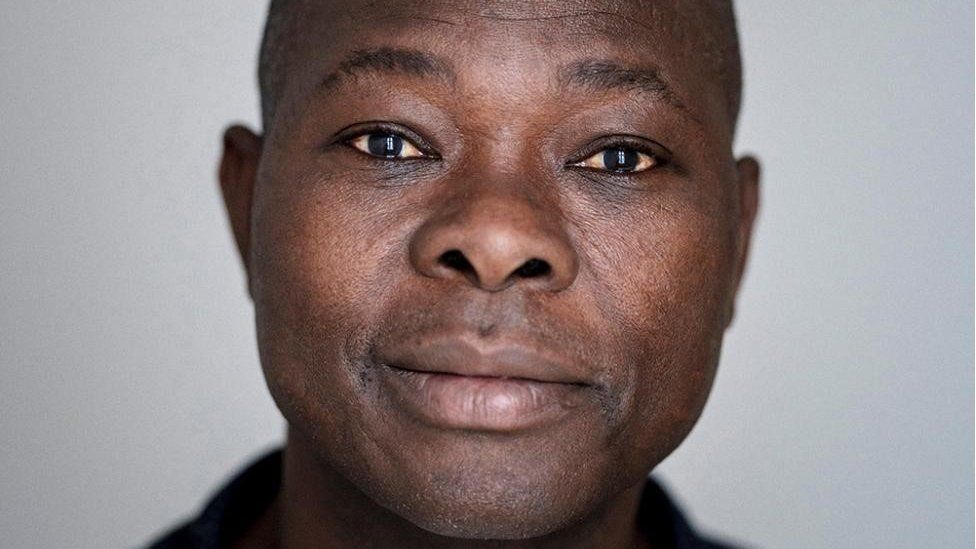 Almost finally, congratulations to Francis Kéré, the Burkinabè architect, who is this year’s, and Africa’s first Pritzker Prize recipient. Kéré and his studio Kéré Architecture have been gradually building an impressive project portfolio – including many earth based buildings – with the Benin National Assembly and Dakar Goethe Institute currently on its books. Kéré’s story is also incredible and inspiring. Read it here in the in-depth feature as  part of FDR9’s Ground Up Architecture-themed edition on humanitarian architecture. And yet there is still no UK project for the Berlin-based studio. Long may you run, Francis.

Meanwhile – a swan song: for those who live for nature’s beauty here’s an atmospheric clip, courtesy of Gary Saunders, of a mighty swan’s watery winged landing in the middle of a cold, cold Novemberland riverscape. Except it’s probably February. 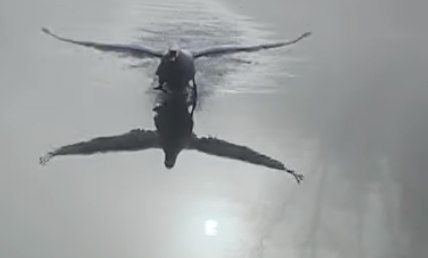 You can follow any responses to this entry through the RSS 2.0 feed.